Cars that are rented in Adelaide and left at Cape Jervis do not incur rental fees while you are on Kangaroo Island!

The mainland hire cars can be rented for as low as $45/day.

The $45/day cost of the new hire cars is cheaper than a single return bus ticket of $57/passenger on the Adelaide/Cape Jervis transfer bus.

It’s the obvious choice if you have a full driver’s license and are at least 21 years old.

If you’re travelling with more than one person, you’ll save more than the cost of a Kangaroo Island Connect ferry fare! 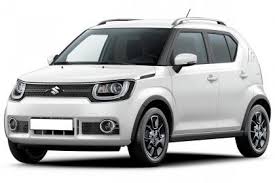 Hire cars can either be rented and returned from Kangaroo Island Connect’s depots in Adelaide or Cape Jervis.

A day trip between Adelaide and Kangaroo Island for one person including the ferry fare and hire car is less than half the cost of taking your own car to Kangaroo Island!

For Kangaroo Island residents, whether you need to travel to Adelaide for a medical appointment, or you want to attend a special function or just because you feel it’s time to visit family and friends on the mainland for lunch, you don’t need to think twice about “just doing it” as the cost is now so much lower than previously!

Kangaroo Island Connect is creating competition on the route which fundamentally changes car and passenger ferry services to Kangaroo Island.

The advent of $45/day hire cars on the mainland and $25 online fares for ferry passenger tickets with Kangaroo Island Connect has meant it is now cheaper for two people to rent and/or ride share rather than put a car onto the Kangaroo Island car ferry for trips of up to four days.

Those who choose to fly to Kangaroo Island can now take a hire car back to Adelaide through McLaren Vale or Hahndorf.

Only self-drive car touring can effectively integrate the two adjoining and complimentary tourism districts of Kangaroo Island and Fleurieu Peninsula.

We're as excited as you are to get the ferry started. The boat has undergone a renovation and has been renamed to James Cowell. The kid's fun zone, snoozer's area and the first class cabin with the captain is looking amazing. The ferry will be in American River this weekend at the American River Gala Day.

The initial 25 hire cars are on Kangaroo Island ready and waiting.

We have partnered with Wrightsair to offer scenic flights around Kangaroo Island, starting on 21st January 2018. More details here.

The transfers to Adelaide are organised with a bus between Cape Jervis and Seaford Railway Station and an ongoing train to 22 stops into Adelaide City.

Most importantly all links in the chain are faster, cheaper and more fun!

The hold up is that the ferry is limited by depth and tide at the Cape Jervis wharf, until the basin is dredged. kic is working with the relevant government bodies to make sure this happens as soon as possible. We are very excited  and will keep you informed both here on the website and on our Facebook Page.

Thank you for the overwhelming support.

This section of our website will be launched soon when we have finalised the timetable.

This section of our website is under development and will be launched soon. In the meantime please see our interactive map of Kangaroo Island with lots of things to do.

Kangaroo Island Connect would like to advise our passengers that due to severe weather conditions being forecast for today 25/10/2019, the following sailing has been cancelled:

All affected passengers will be contacted by the KIC Team.

Conditions are expected to improve overnight and at this time sailings for tomorrow will operate as scheduled.